Below is a request from one of our Troop Committee members, Larry Miller,
who is a military veteran and active member of local VFW and American
Legion posts. Scoutmaster Gill is in support of this service hours
opportunity, but he unable to participate himself due to prior travel
plans.

Monday, May 27th (Memorial Day) – meet at 0630 at American Legion Post 199
(across from Lincoln & Woodland schools) and expected return time is 0900.
We need 2 adults to volunteer to transport scouts. Scouts would need to
wear Class A uniform shirts, neckerchief and slide.

Please respond by Monday, May 20th if you are available to transport scouts
AND if your scout is interested in participating. Thank you.
/afs

“Each morning on Memorial Day, the VFW and The American Legion visit a set
of cemeteries to render a rifle salute and play taps for the veterans
interred there. Each organization visits a different set of cemeteries.
Our numbers are dwindling and we are able to field enough veterans to
render the rifle salute and play taps. What we would like to do is have
scouts assist us by their actions as color bearers, holding the American
Flag and either a post flag or POW/MIA flag.

If possible we would like to get two sets of four scouts to caravan with
the veterans as they visit the cemeteries. So, an adult would be needed to
drive them to the cemeteries in a caravan. None of the veterans, except
me, have had YPT. We could get by with two scouts and an adult, but four
would be nice to provide for flag bearers and color guard. Both groups
meet at The American Legion Post 199 building and depart from there about
0630.

I brought it up at tonights scout meeting and will also bring it up at the
next meeting. It is an opportunity for some community service time. Could
you forward or this request or cut and paste a notice for this event? 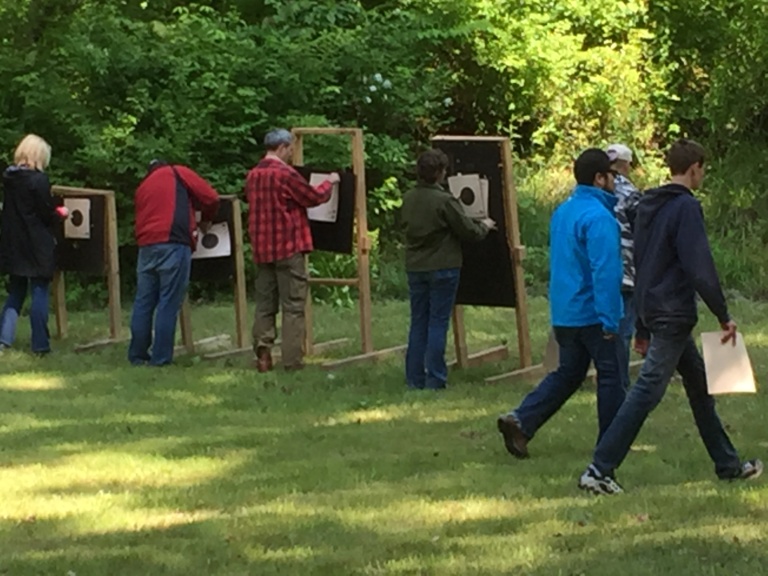